Disclaimer: This article was written for a graduate course in the spring of 2013 and has not been updated or officially published. 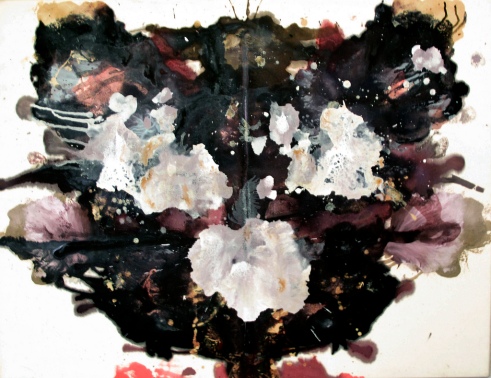 Amy Palmer’s son was diagnosed with autism when he was 3 years old. In the eight years since his diagnosis, he’s worked with nine speech pathologists and numerous other therapists. He’s made immense progress, but still requires intensive therapy. Now his diagnosis—his lifeline to important services—is threatened by the publication of new clinical guidelines. Losing a diagnosis or receiving a new diagnosis altogether could affect his access to the therapy he desperately needs. Palmer’s son is not alone. Tens of thousands of people face a similar situation.

For the first time in almost twenty years, the American Psychiatric Association is publishing a new version of the Diagnostic and Statistical Manual of Mental Health (DSM). The manual’s fifth form is drastically different from previous versions, reflecting the changing landscape of mental healthcare in America. Dubbed the “bible” of psychology, news of its revision fueled speculation, criticism and fear.

Set for publication in May, arguably the most controversial revisions involve the diagnosis for autism, the removal of Aspergers Syndrome, and the inclusion of a severity scale along the autism spectrum—autism is an umbrella term for several disorders with a range of symptoms. The APA says the changes will make diagnosis easier, more accurate, and more efficient. But parents, advocates, and some clinicians fear a drastic departure from the DSM-IV could cause more harm than good.

Parents and clinicians generally consider the DSM-IV comprehensive and reliable. It’s sensitive enough to catch people who should be diagnosed on the autism spectrum. However, there are concerns that it’s not specific enough to exclude those who shouldn’t receive an autism diagnosis. Approximately one in 88 children is diagnosed with autism under the DSM-IV, according to CDC estimates. The revisions aim to narrow the diagnostic criteria for autism, which in theory would catch more people who fit a diagnosis and exclude those that don’t. But critics insist the new guidelines are too specific and therefore less sensitive. As a result, people who should be diagnosed with autism won’t be identified and people who are currently on the spectrum will be pushed off.

Autism is not a singular disorder. Each individual person classified as autistic has core deficits in the areas of social communication and behavior, but the manifestations of those deficits vary. Asperger’s Syndrome, considered to be a form of high functioning autism, lacks certain characteristics of classical autism like language delay and cognitive impairments.

By eliminating Aspergers and other sub-types of autism, the APA is trying to simplify the definition of autism to make access to services easier. Steven Kapp, a researcher at UCLA with autism and advocate at the Autism Self Advocacy Network, said the greatest predictor of which diagnosis a person receives is which clinic they go to and which doctor they see. The criteria in the old DSM-IV are subjectively applied because physicians have a tentative grasp on what autism looks like.

Diagnoses and treatment are inextricably linked. Which treatment a person receives depends upon which autism diagnosis he or she receives. Not distinguishing between sub-types could provide everyone on the spectrum with access to the same care, which is currently not the case. In California for example, people with traditionally defined autistic disorder qualify for state services whereas people with Aspergers do not. Combining all types of autism into one diagnosis obliterates the justification for this inequality and ensures every person diagnosed with a form of autism receives the same services.

However, critics say the alterations will have unintended consequences. Recent studies have shown that at least 47 percent of people who meet the criteria for autism will not receive a diagnosis. That includes people who are on the spectrum and will be pushed off and those who will be labeled with a new-named disorder:  Social Communication Disorder (SCD). A new addition to the DSM-5, SCD is actually Pervasive Developmental Disorder (autism) Not Otherwise Specified stripped of the autism label. With no policy in place that ensures people with SCD have access to services, insurance companies are not required to cover them.

Then there are people with Aspergers who will re-qualify for a diagnosis on the spectrum, but will likely refuse the new diagnosis. For many people, Aspergers is more than just a label; it’s an integral part of their identity. Aspies, as they prefer to call themselves, generally see their diagnosis as separate from autism. Its elimination may dissuade Aspies who see autism as a stigma from being re-evaluated, cutting them off from the services they need.

The second major change, which affects every diagnosis in the DSM-5, is the addition of a severity scale—a new tool lets clinicians rate a person’s symptoms on a scale ranging from mild to very severe. The scale is an attempt by the APA to recognize the diverse nature of autism and allow doctors to tailor a diagnosis to an individual.

Advocates argue the scale is unreliable because social contexts influence behavior. Kapp explained many autistics develop coping mechanisms that enable them to function as close to ‘normal’ as possible in public, including in front of doctors, while they may engage in more severe behaviors in private. Therefore, he argues a severity scale should not be used to determine what services a person requires.

When the proposed changes were announced by the APA in 2010, they caused uproar from parents and activists. For the next two years, the changes were hotly debated in conferences, on the internet, and in the media. The intense debates over the DSM-5 have cooled after it was finalized last December, but a tension still lingers. While the critics speculate about the possible impacts of the changes, those directly affected are left to play a waiting game, said Gael Orsmond, a Boston University researcher who works with autistic adolescents and adults.

All parents like Amy Palmer have to prepare themselves with for the upcoming changes are outdated information provided on the DSM-5 website. Many parents are unaware that people already diagnosed with Aspergers will be grandfathered into the new spectrum. Unfortunately, individuals with atypical autism diagnoses will still face reassessment.

For Palmer, whose son is in danger of falling off the spectrum, the lack of information is frustrating. “Speaking on behalf of the parent community, our entire lives are dealing with people who don’t understand autism, but the APA should,” she said. “They should make things easier, but instead they are making a long hard road even longer and harder. It’s heartbreaking.”